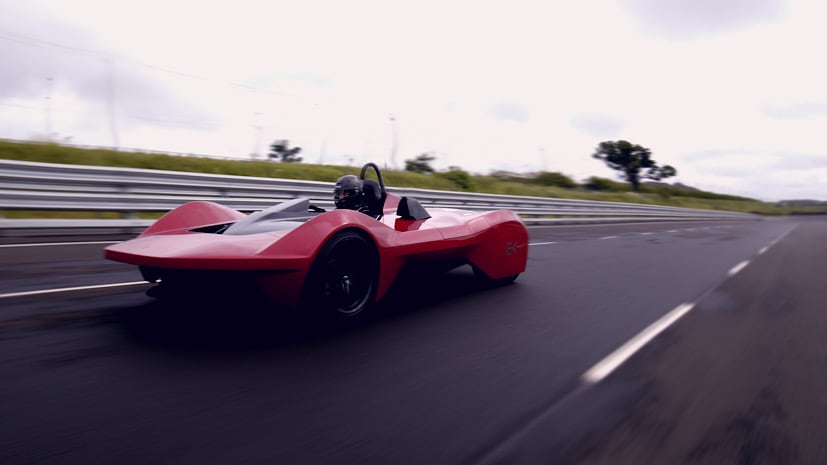 Vazirani Automotive which is the brainchild of former Rolls Royce and Jaguar engineer Chunky Vazirani has shown off what he calls India’s fastest and lightest electric car called the Ekonk. This comes after his company showcased the Shul hypercar at the Goodwood festival in the UK which was also the first hypercar from an Indian brand.

Vazirani claims to have adapted Biomimicry and combined it with ancient Indian manufacturing techniques for the development of DiCO technology. What this means and how this is achieved isn’t clear.

DiCO enables the batteries to cool with the air as opposed to liquid cooling techniques that electric car makers like Tesla utilize. He claims that this technology makes his EVs lighter, faster, safer, and cost-effective.

“With the advent of electric vehicles, companies around the world have to start from a blank canvas. This is the perfect time for India to innovate, develop and pioneer this EV era,” said Chunky Vazirani, the founder, and CEO of Vazirani Automotive.

“For us, Ekonk signifies our real beginning, where for the first time design and innovation come together. It’s our first vehicle that’s ‘alive,” he added.

How light, well it could be amongst the lightest cars of all time even when compared to a car with an internal combustion engine at just 738 kilograms. This means it will even be lighter than the F1 cars of the 2022 season which is staggering if true.  It is also said to be very aerodynamically efficient with a very low drag coefficient though Vazirani Automotive hasn’t revealed the real figures. Right now, the new Mercedes EQS has the lowest drag coefficient of any EV on the planet.

It features a full carbon fiber body which helps further reduce the weight and has an output of 712 bhp and can do a top speed of 309 kph. The Ekonk was recently tested at the Naxtrax high-speed facility near Indore where it achieved this speed and was able to accelerate from 0-100 in just 2.54 seconds.

Planning To Buy A Used Bajaj Dominar 400? Here Are The Pros And Cons

BMW to Phase Out Combustion Engines From Main Plant by 2024