“US Did Not Defeat Taliban”, Zalmay Khalilzad Ex Envoy On Afghanistan Recounts “Struggle” 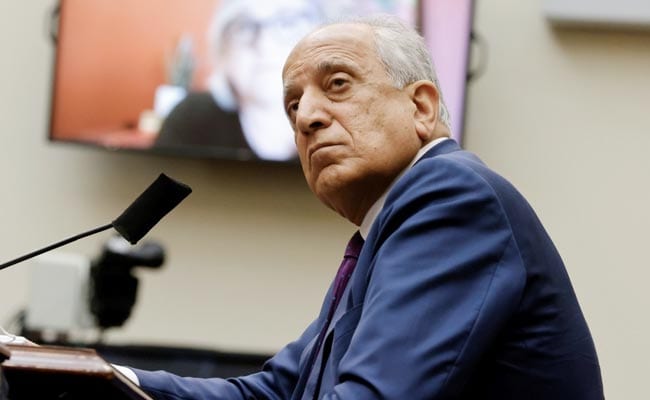 The United States was losing the war to the Taliban so it chose negotiations as an alternative, said the former US special representative for Afghanistan reconciliation Zalmay Khalilzad.

Talking to CBS News, Khalilzad said the US military tried many times to strengthen its position on the battleground, but it failed.

“The negotiation was a result of–based on the judgment that we weren’t winning the war and therefore time was not on our side and better to make a deal sooner than later,” Tolo News quoted Khalilzad said.

Khalilzad blamed the then-president Ashraf Ghani for the disintegration of Afghanistan’s security sector, saying his escape triggered the chaos in the Afghan capital.

He said that Washington chose the calender-based approach in its decisions on the withdrawal of troops from Afghanistan and did not take into account the real situation in the country.

Despite remaining challenges and past failures, Khalilzad believes that the US counterterrorism mission in the country succeeded as “the terrorist threat from Afghanistan is not what it used to be” and al-Qaeda has been “devastated.”

At the same time, the ex-envoy admitted that in the 20 years of American military presence in Afghanistan, the country did not become a democracy.

“On the issue of building a democratic Afghanistan, I think that the US did not succeed. The struggle goes on. The Talibs are a reality of Afghanistan. We did not defeat them,” he said, noting that the Taliban have a different vision for the country, but there are hopes the more moderate views will prevail since the movement is fractured.

On October 18, US Secretary of State Antony Blinken announced that Khalilzad stepped down as a special Afghanistan envoy.

Khalilzad said that he made the decision to resign at a time when Washington is beginning a new phase of policy toward Kabul following the withdrawal from Afghanistan in August.