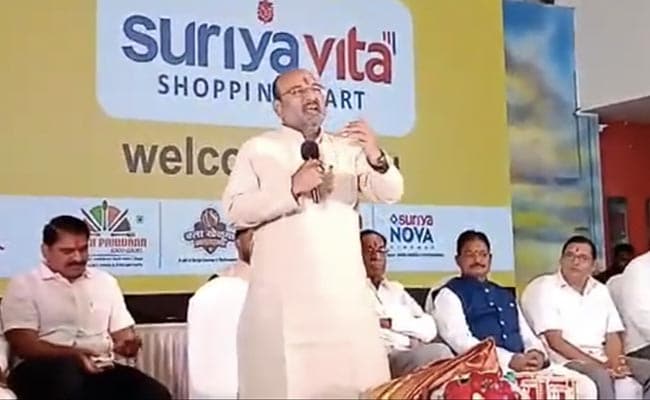 A BJP parliamentarian in Maharashtra on Sunday drew much attention after he said that the Enforcement Directorate (ED) will not come after him as he is a BJP MP. “The ED won’t come after me since I am a BJP MP,” Sanjay Patil, who represents the Sangli Lok Sabha constituency, said at a function.

The comments by Mr Patil came at a time the opposition has accused the Centre of using investigating agencies to target their leaders and settle political scores.

Mr Patil is not the first BJP member to make such a comment.

Earlier this month, his party colleague in Maharastra, Harshvardhan Patil – who joined the BJP from Congress – had claimed that he was getting sound sleep since there are “no inquiries” against him after he joined the party.

“We too had to go to BJP. He (referring to someone from the opposition sitting next to him on stage) asked why I joined the BJP. I told him to ask his leader why I went to BJP. ….Everything is easy-going and peaceful (in BJP). I get sound sleep as there are no inquiries,” Harshvardhan Patil was quoted as saying by news agency PTI.

After his remarks drew much attention, the four-time MLA from Indapur in Maharashtra later claimed that his remarks were misinterpreted.

“I made a statement while I had gone to Maval for a hotel inauguration day before yesterday. That statement is being misinterpreted, which is why I am here to give clarification,” he told the media.

Mr Patil said he joined the BJP because he was denied a ticket that was promised to him.

Kiran Gosavi, Witness In Drugs-On-Cruise Case, To Surrender In Lucknow