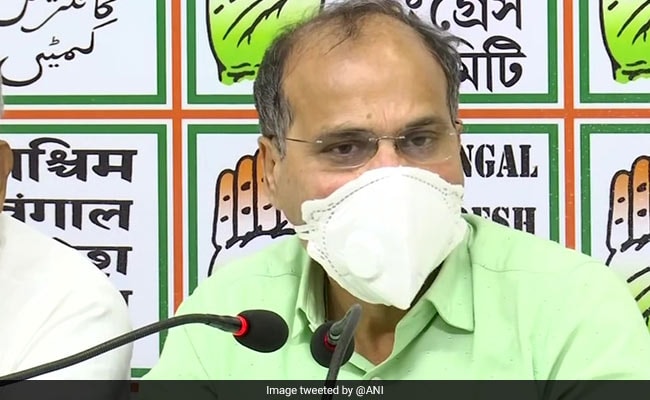 Congress leader Adhir Ranjan Chowdhury on Saturday demanded that the political system must be restored in Jammu and Kashmir and called for the restoration of Jammu and Kashmir’s statehood so that Assembly elections can be held as soon as possible.

“A political system must be restored in Jammu and Kashmir and elections must be held as soon as possible,” the Congress leader told ANI.

He further called out Union Home Minister Amit Shah over the abrogation of Article 370 and said, “What do you have to say Amit Shah ji? You removed Articles 370 and 35(A) and promised that Kashmir will change. However, it did not happen and now Kashmir is in a much worse state, the statehood should be restored, which is very important, ” he said.

His statements come after several incidents of killings of civilians by the terrorists have taken place in Jammu and Kashmir.

Meanwhile, Mr Shah is on a three-day visit to the Union territory, the first time since the abrogation of Article 370 in August 2019.

“In the last two weeks, many have been killed,” he said.

Mr Chowdhury added, “Amit Shah, who is in Kashmir, will try to instill trust amongst people and will also try to give them hope. But in the common public, there is no hope amongst the people there as wherever they are going, there is curfew.”

The Congress leader further claimed that there is an internet shutdown in the union territory.

“Amit Shah is visiting the Union Territory because now he feels that it is getting out of hands,” he said.

In a veiled attack at Omar Abdullah, Mehbooba Mufti and the Congress, the Union Minister while addressing an event in Jammu said, “What did these three families did for Jammu and Kashmir in last 70 years? A panchayat has been formed in every village. Now ‘Dadagiri’ of these three families will not work.”

“Some people are raising questions about security. Between 2004 and 2014, 2,081 people lost their lives — 208 people were killed every year. From 2014 to September 2021, 239 people lost their lives. But we are not satisfied. We want to create an atmosphere where no one loses life to terrorism,” Mr Shah added.