T20 World Cup 2021: Having played in the UAE for CSK, Josh Hazlewood believes he has the tools to deliver successfully for Australia in the showpiece event. Australia will open their campaign against South Africa in Dubai on October 23. 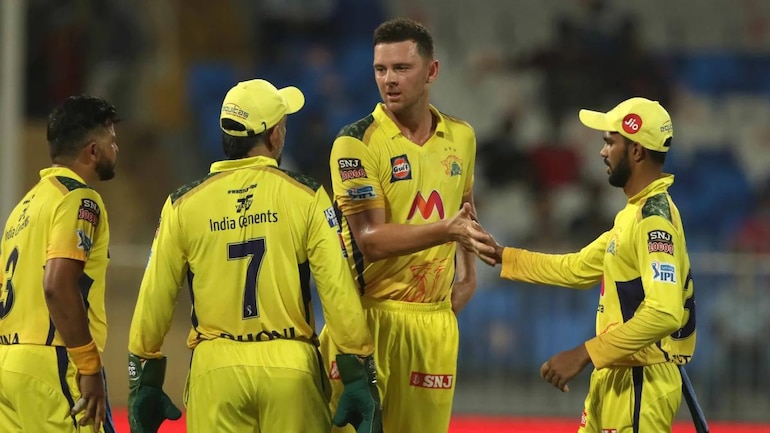 Australia fast bowler Josh Hazlewood on Monday said getting game time with Chennai Super Kings in the second half of IPL 2021 in the UAE was “perfect” preparation for the T20 World Cup.

While the likes of Mitchell Starc, Pat Cummins and Kane Richardson missed the UAE leg of IPL 2021, Josh Hazlewood returned to play for Chennai Super Kings. The tall pacer was instrumental in CSK reaching the play-offs and winning their 4th title.

Hazlewood played 9 matches and picked up 11 wickets. He was part of the final wherein he delivered at crunch moments for MS Dhoni’s side against Kolkata Knight Riders.

Having played in Sharjah, Dubai and Abu Dhabi, Hazlewood believes he has had the right understanding of the conditions in the lead up to the T20 World Cup, which is being played in Oman and the UAE.

“Conditions, the elements here – it’s quite hot – and just getting a run of games of T20 cricket leading into the World Cup. It’s been perfect,” Hazlewood was quoted as saying by the Australian media.

Having been part of CSK’s triumphant campaign, he has now linked up with the national squad in Abu Dhabi.
Hazelwood, who has a fair knowledge of the conditions and slow nature of the pitches in the UAE, has played more T20 games in the past six months than he had in the previous six years, thanks partly to leagues such as the IPL.

“I feel pretty confident in my role now,” he said

“It’s a pretty similar role whether it’s for Chennai or Australia — a couple (of overs) upfront and then a couple at the end. So (I’m) feeling more confident with every situation I’m in.

“You can never dominate T20 cricket as a bowler, I don’t think. There are just so many different elements. But I’m feeling good about my game.”

Australia will open their T20 World Cup campaign in the Super 12 stage against South Africa in Dubai on October 23.