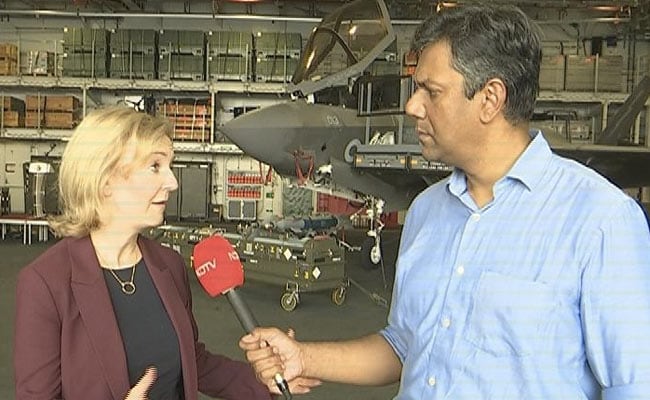 Bureaucratic processes had slowed down the approval to Indian vaccine certification, the UK’s Secretary of State for Foreign Affairs Elizabeth Truss told NDTV in an interview, adding that she is glad the confusion has been sorted out.

The issue of vaccine certification had emerged as a sore point in India-UK relations when the latter’s travel rules last month stated that Indians who received both doses of Covishield would be considered unvaccinated and need to self-isolate for 10 days. The move drew strong criticism, prompting India to term it “discriminatory” and bring a tit-for-tat isolation rule for British citizens arriving in the country.

Earlier this month, the UK said Indians fully vaccinated with Covishield or any other UK-approved vaccine won’t need to stay in quarantine, putting an end to the row.

Asked why it took so much time to resolve the row over vaccine certification, Ms Truss said, “Well, you know what these bureaucratic processes are like? Sometimes they can take a bit of time, but I was determined that we would get it resolved and we have got it resolved.”

Ms Truss, who spoke to NDTV on board UK aircraft carrier HMS Queen Elizabeth off the Mumbai coast, congratulated India on achieving the milestone of administering 100 crore jabs of Covid vaccines.

“I think it’s a huge achievement of the Indian government that you now have got 1 billion people in India vaccinated. It’s through the work of both India and the UK developing the AstraZeneca vaccine, producing it here in India and the Serum Institute. And that’s a fantastic success,” she said, adding that she is “delighted” that Indian vaccination certificates are now being recognised in the UK.

Kiran Gosavi, Witness In Drugs-On-Cruise Case, To Surrender In Lucknow