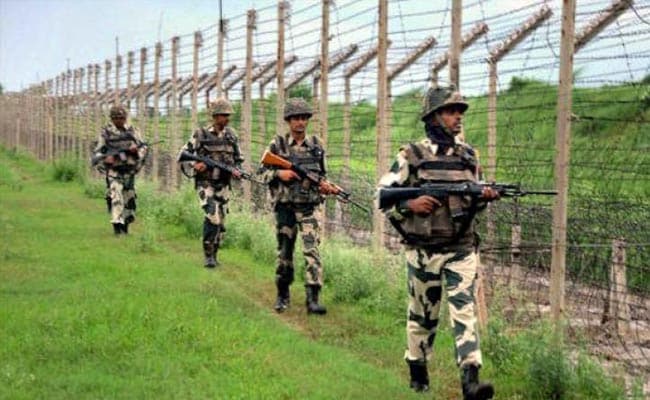 The accused had joined the Border Security Force as a constable in 2012. (Representational)

A Border Security Force (BSF) personnel deployed in Gujarat’s Bhuj battalion was arrested by the Anti-Terrorist Squad (ATS) for allegedly working as a spy for Pakistan and passing on secret and sensitive information to the neighbouring country over WhatsApp, the ATS said today.

The arrested BSF man, identified as Mohammad Sajjad, is a native of Sarola village in the Rajauri district of the Union Territory of Jammu and Kashmir, who was deployed in the 74 BSF Battalion at Bhuj in July 2021, the ATS said in a release. Sajjad was arrested at the BSF headquarters in Bhuj.

Sajjad had joined the BSF as a constable in 2012.

He was getting money for providing the information which was getting deposited in the accounts of his brother Wajid and colleague Iqbal Rashid, the ATS added.

Sajjad had got his passport issued from the Regional Passport Office at Jammu. On the same passport he travelled to Pakistan for 46 days between December 1, 2011, and January 16, 2012, the ATS said, adding he had boarded Samjhauta Express from Attari railway station to visit Pakistan.

According to the ATS, Sajjad used two phones.

On one of his phones, he had last activated a SIM card on January 14-15, 2021. When the CDR (Call Data Record) of that number was examined, it was found that the SIM card, belonging to one Satyagopal Ghosh from Tripura, was first activated on November 7, 2020, and he (Sajjad) received two calls on that number.

The number remained active till November 9 before being deactivated till December 25, 2020. It was reactivated on December 26, 2020, the ATS said.

The accused received the OTP on this number and sent the same to Pakistan where he got the WhatsApp activated which he used to send secret information, the ATS said.

WhatsApp was still active and used by some person in Pakistan who was in touch with Sajjad, said the ATS.

ATS officials said Sajjad had misled the BSF by providing the wrong birth date. As per his Aadhaar card, he was born on January 1, 1992, but his passport details showed his date of birth as January 30, 1985.

Mamata Banerjee’s Appeal To Parties Ahead Of “Maiden” Goa Visit