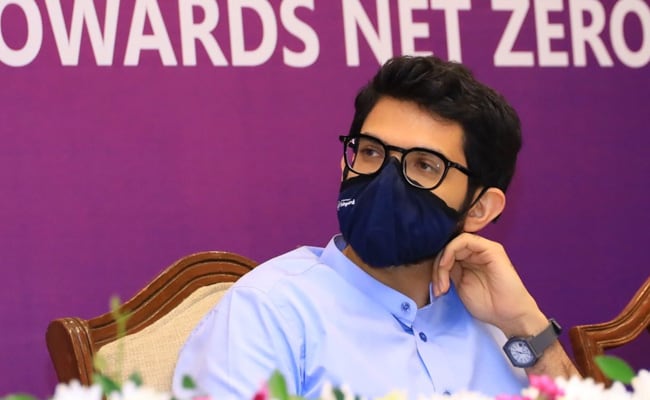 Maharashtra Environment Minister Aaditya Thackeray has outlined the roadmap to achieve carbon neutrality for 43 cities under the Atal Mission for Rejuvenation and Urban Transformation (AMRUT) scheme from the state that joined the UN’s “Race to Zero” ahead of a major climate summit in Paris.

Maharashtra has the highest number of cities from any state in India joining the “Race to Zero”, he said.

“43 cities from Maharashtra have committed to “Race To Zero”, almost six and a half crore people which is probably the size of a big European country. That is what our intention is. Looking at COP26 (Conference of the Parties). this is perhaps one of the biggest contribution for a sub-national government,” Mr Thackeray told NDTV.

The COP26 UN Climate Change Conference, hosted by the UK in partnership with Italy, will take place from October 31 to November 12 in the Scottish Event Campus (SEC) in Glasgow, UK.

Following the minister’s announcement during the Climate Week NYC 2021, all major cities and urban clusters in Maharashtra have pledged to go net-zero by 2050 latest in the United Nation’s “Race to Zero” campaign.

“Cities are the solution to addressing climate change. Cities should, would and could lead the way forward towards a zero net pathway. The movement needs to begin from our homes and every little movement can lead to the creation of a larger impact,” Mr Thackeray said.

“With every step we should move towards achieving our climate change goals, and together each city can create a greater impact throughout the country,” he added while talking about the importance of cities and net-zero pathways in addressing climate change.

The objective is to build momentum around the shift to a decarbonized economy ahead of COP26, where governments must strengthen their contributions to the Paris Agreement. This will send governments a resounding signal that business, cities, regions and investors are united in meeting the Paris goals and creating a more inclusive and resilient economy.

Earlier, speaking at Climate Week NYC 2021, Mr Thackeray said that there was a need for green financing to come into a country like India, as an industrial powerhouse with 1.3 billion people, if we have to move ahead, we need to quickly transition to a green zone.

“We need to quickly transition from what we are today into something that is really climate friendly. And if we have to do that, we need to look around the world bring in the best of ideas, the best of innovation and the best of climate financing to support these ideas,” he said.